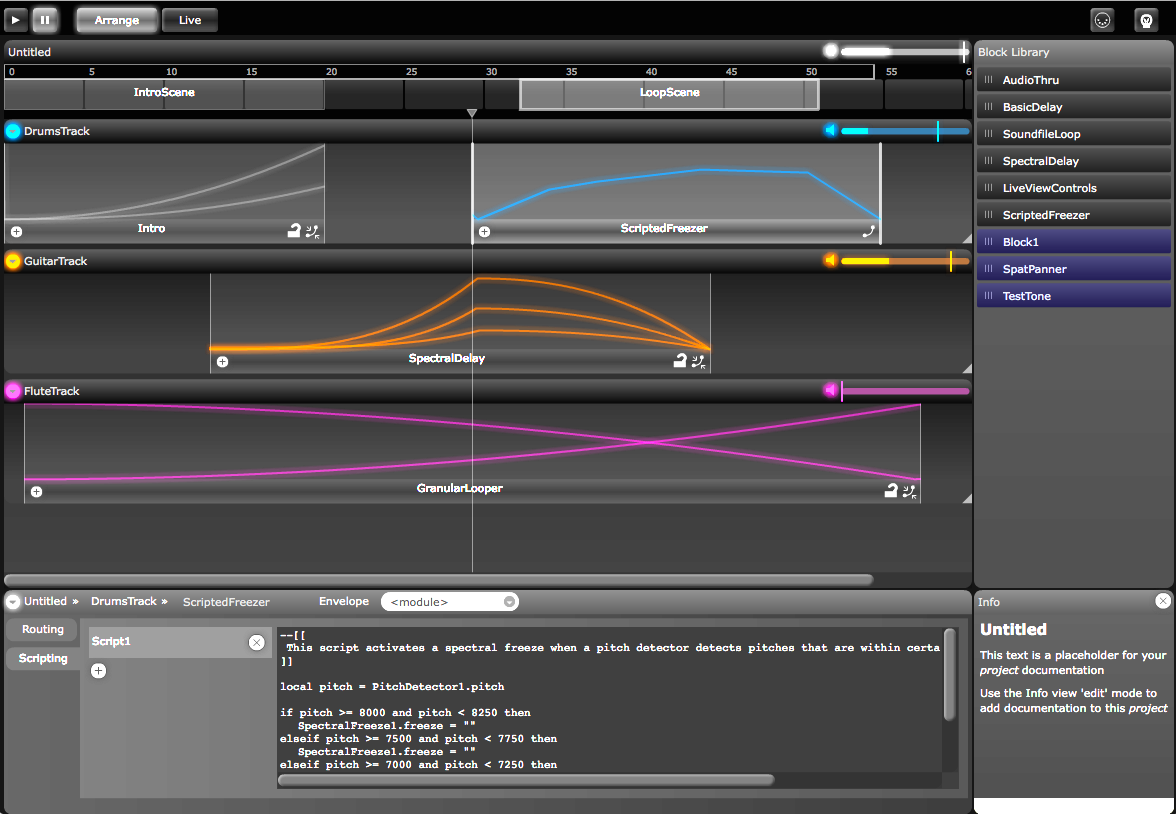 Beginners in music production are still finding their feet in the field. The may have all the equipment available to them but without a proper music production software package, they won’t master the skill.

Considerations On Which To Ponder

Those part taking in music production as a hobby, or those starting out in the industry may not have a vast amount of money at their disposal to make equipment and software purchases. When deciding to venture into the field of music production it is always a great idea to explore all your available options before makin 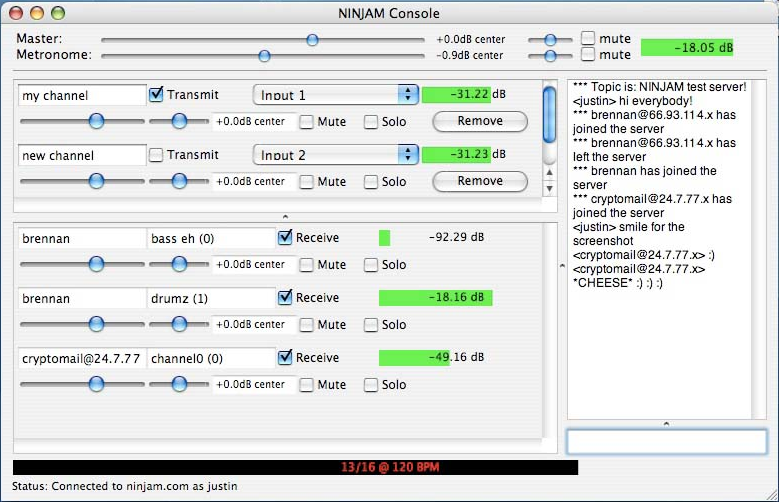 g any purchases. Consider the budget within which you have to work and only research software packages in that range. Find the perfect solution for you within your means.

Have your intentions firmly set in your mind. If you plan to take your career as a music producer to the next level, consider software that can be carried through with you. Yes, you may have to add a few features and plugins but you won’t have to bear the expense all over again.

Do your homework and explore all avenues. Find a software solution that you are comfortable using, one that has a user-friendly interface, and offers you access to all the tools you require. Long gone are the days when music was restricted to live venues, old-fashioned records, and classical musical instruments. The majority of music these days is recorded in a studio, or in the case of electronic music, entirely composed within the confines of a music studio. With the invention of music studios, came the new profession, or even art form, of producing music, and this has become even more pertinent over the recent decades, as electronic music, particularly in the dance genre, has really taken off, and proven itself a huge success in the market.

Producing music is, as it sounds, the art of making music. Instead of taking up and learning a traditional music instrument, such as the piano or violin, music producers can now create music, using nothing but a laptop; many albums that have achieved either gold or even platinum, discs have been produced on just a laptop. Although, most studios are far more sophisticated than that, and use a range of tools to create the desired sounds. Traditional instruments are very often used in the production of electronic music as well, which are then played and ‘sampled’, meaning that they are recorded in their raw form, and then electronically manipulated, or played on a loop, and added to an electronic music track. While many musical traditionalists are against this type of music creation, the music market has certainly allowed the proliferation of electronic music, and there’s no end in sight for it.

Creating music can be a tiring process, and many artists can suffer something known as ‘burn out’, where too many long hours in a studio, and not enough sleep, 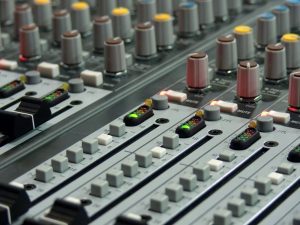 take their toll. If you were to combine this with a bad diet, then you have a recipe for a health disaster. If you find that you are perhaps struggling with your health, then you can head over to livi, to speak to a doctor, and get yourself some medical advice.

Creating electronic music from the comfort of your own home has also never been easier. The advances in music production software have made barriers to entry, regarding skill, even lower. The cost of equipment has also dropped drastically, so there’s never been a better time to dive into music production, even if you’re a complete beginner. There’s a lot of equipment available on the market, so it’s, of course, essential to do your research, so you don’t have to spend any more than you need to. But with some great beginner bundles available, to buy for quite a low cost, you can also find that it’s a great, relaxing hobby, even if you don’t intend to create anything for commercial consumption. 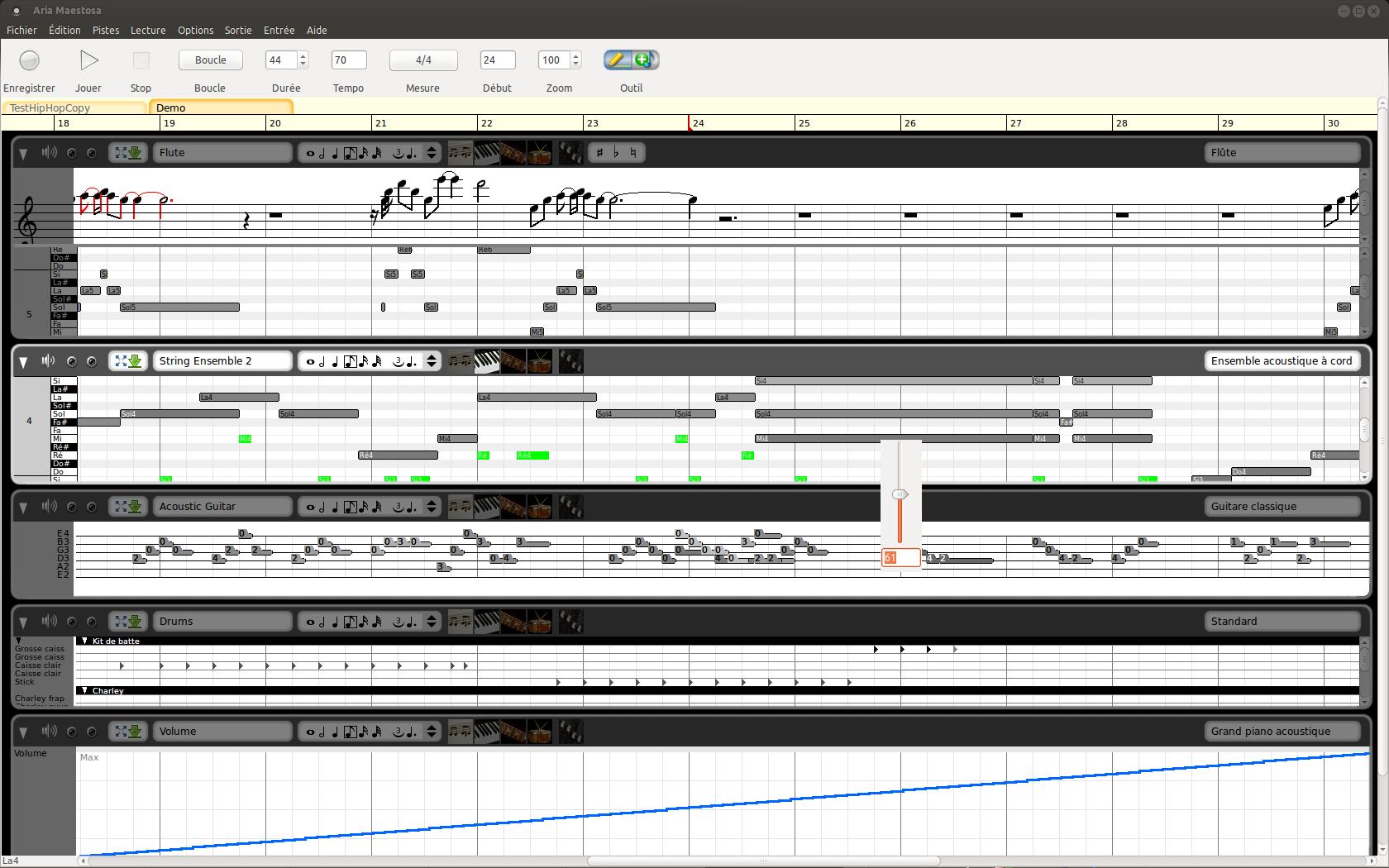 When it comes to producing music, you want all the best tools available to you in order to achieve the results you seek.

When Is Free The Way To Go?

If you are dabbling in creating the perfect tunes in your free time or considering starting a career in the field, free music production software is probably the logical way to go at the very start. Spending money on something that may not hold your interest for longer than a few months is really not worth it.

If you are intent on taking your 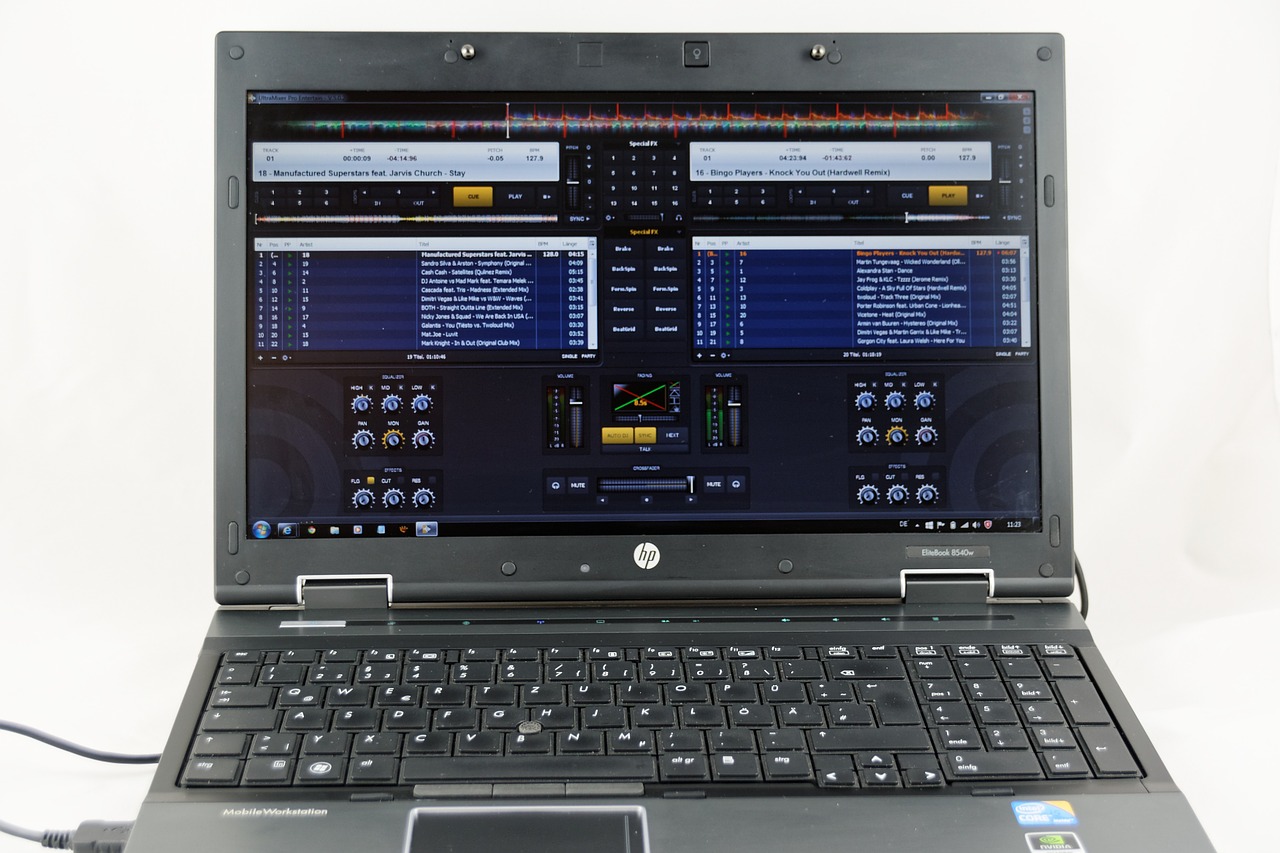 Music in the modern day is very different from what it was in years gone by. Everything today relies on computers and software in order to reach the desired sound effect and produce crystal clear quality tunes.

Where To Begin The Journey To Music Mastery

For the beginner, the number of varying software packages on the market can be extremely daunting. While variety and choices are always a good thing, too many can leave a beginner more tangled in confusion than when they started out. You may have all the equipment and melodies tightly locked up in your mind, but without adequate music production software, you will never achieve the results that you so desire.

While it is true to say that the outcome is majorly reliant on the musicians themselves, production software is the cherry on the cake. When a musician has worked extremely hard on a track in their minds, the right production software will simply allow them to translate that into a reality. Digital Audio Workstations (DAW’s) and software are the backbones of any music production.

Ableton Live is a software that is growing in popularity. It is one of the best for those just starting out because it basically allows you to make music right out of the box. The features incorporated into the software are phenomenal. There are provisions made for the recording of an unlimited number of audio and MIDI tracks for songs with the addition of features that allow you to cut, paste, or splice. Seamless MIDI sequencing is easily achieved.

FL Studio is probably one of the best music production software solutions designed and well-suited for beginners in the industry. The user interface is especially easy to navigate once you get started. The software is packed with features which include the standard functions of pitch shifting, correction, time-stretch, cut, and paste. Pre-installed synth sounds make this software easy to plug in and use from day one without much additional cost implication. The software is compatible with both PC and Mac.

Avid Pro Tools is the software to purchase and use if you are aiming to achieve mixing and mastering quality that is industry standard. While the software offers all the standard functions, the addition of the lightning-fast processor and a huge memory capacity make this a top of the range software on the market.

Choosing The Right Software For You

Setting a budget is paramount as there is no use looking at software and DAW’s that are out of the range of what you can afford. Where you are on the proverbial food chain will also influence what you buy. If you are a beginner, you need to find something that is easy to use while still achieving results. Consider where you would like to go with your music in the future.

The digital age is upon us. Grab the chance to let the software do the production bit, freeing up your time to simply create. 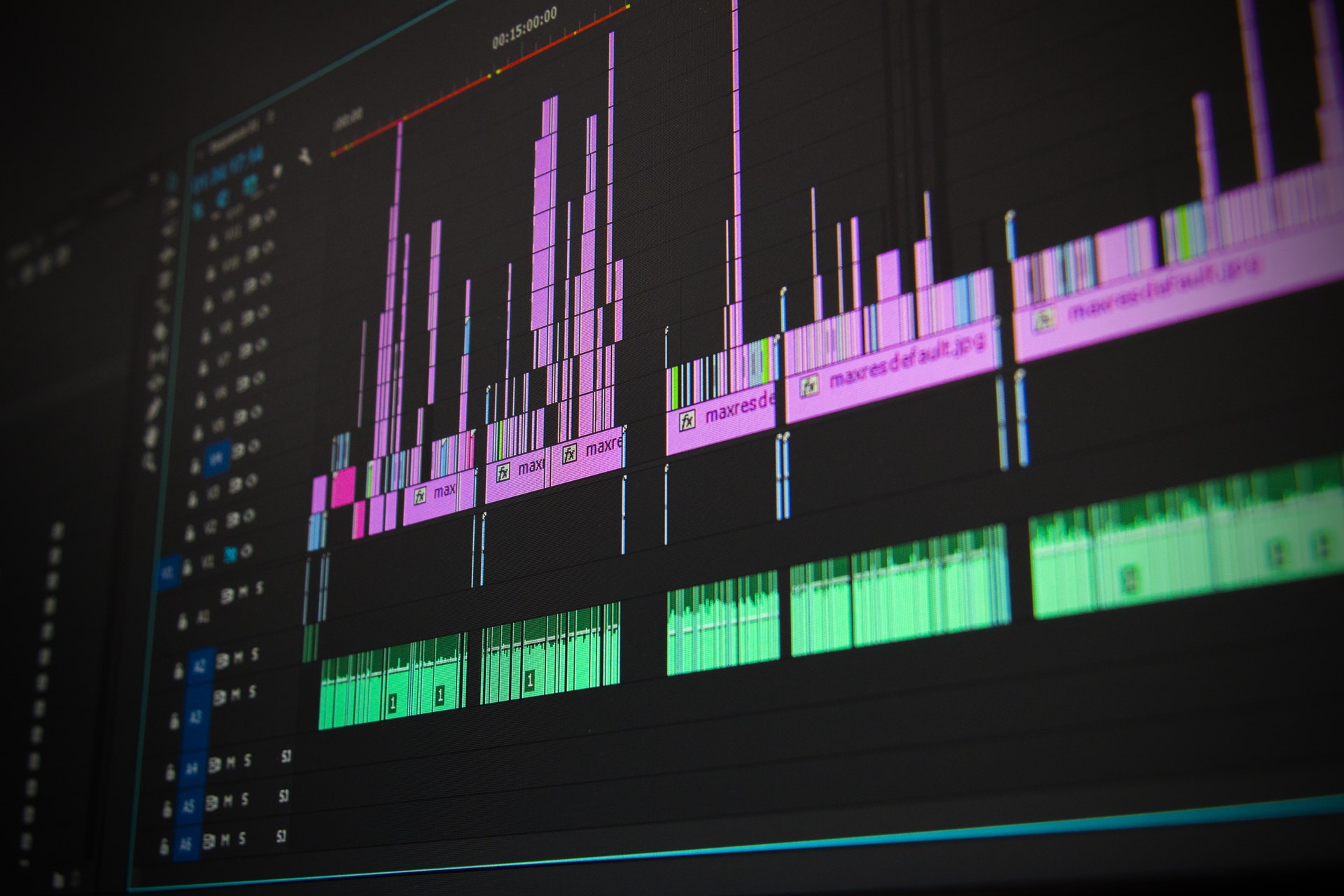 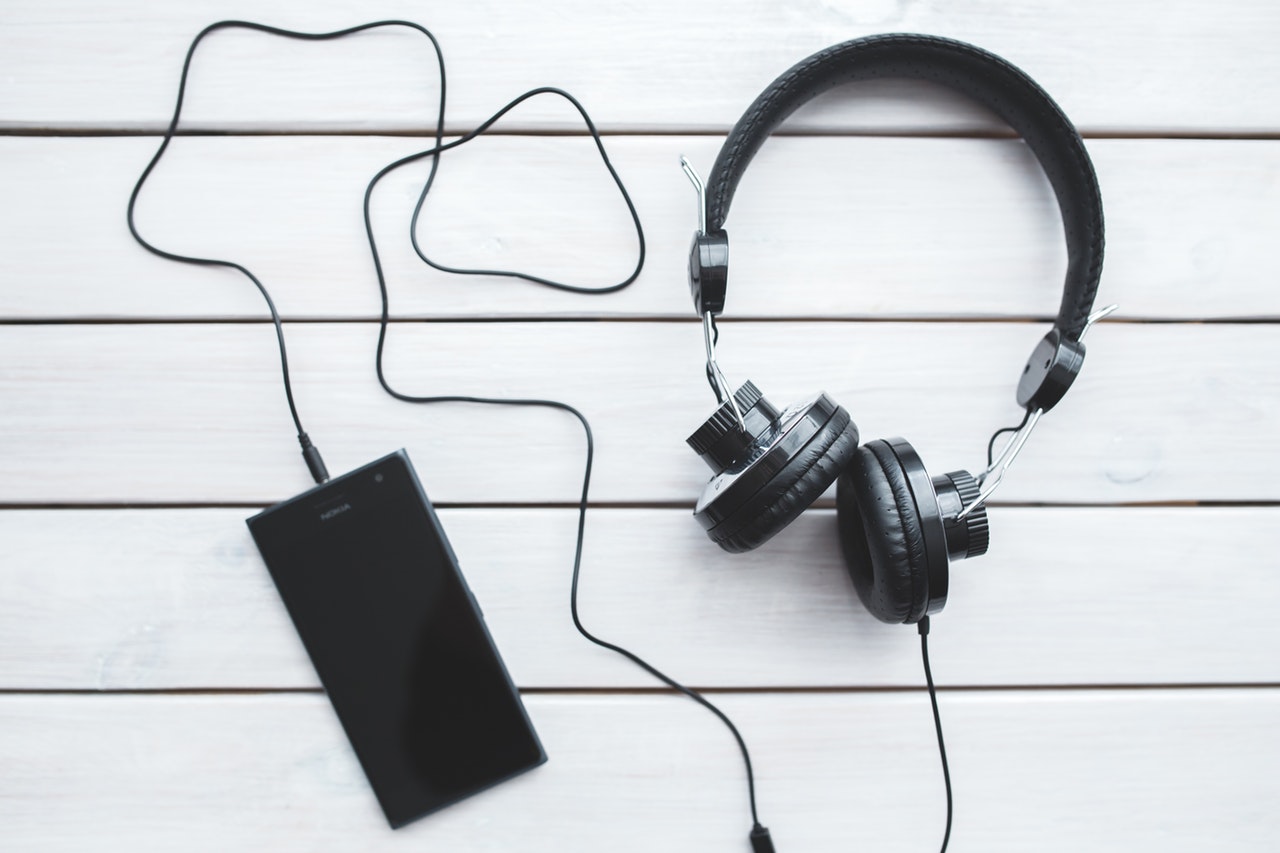 Breaking into the music industry is not easy, there are so many prospective artists trying to get their foot in the door. In order to make an impact worth remembering, you really have to create something extraordinary.

In a day and age where digital operations have taken over the world, it is time to grasp the concept and run with it. It is difficult enough to have to try to be creative while also worrying about how you are going to bring to reality your dream.

It is great to have the tunes and melodies already carefully formed in your head and also have the necessary equipment. However, without the right production, the track will never meet your expectations and possibly never result in successful presence within the industry.

The Perfect Solution For Beginners

While there is a huge variety of production software and Digital Audio Workstations on the market today, not all are suitable options for those at beginner level. As a beginner, you need something that is easy to navigate with a user-friendly interface but with all the standard tools available.

inner to free up your time to be creative, while still allowing you to produce, mix, and master a professional track, FL Studio is the software you have been dreaming about.

FL Studio is best suited for beginners who are trying to make their mark in an industry that is extremely hard to crack. The software incorporates all the basic features required to digitally master your tracks. Pitch shifting, correction, time-stretch, cut, and paste are all part of the standard package. The newest updated versions include 30 synth sound effects that allow you to get started straight out the box at no additional cost.

The ability to use MIDI keyboards and other virtual instruments, mix and edit and record into a microphone make this an all-round software solution. Compatibility with both PC and Mac ensures that there are no limitations for users.

Is It For You?

Budget-friendly, easy to use, and includes all the standard tools plus some bonuses. For the beginner, this is a setup made in dreams. Free your time and your mind and concentrate on creativity. Let the software worry about the rest. When it comes to producing music, software plays an enormous role in the end result achieved. Whether you are just starting out or at a professional level, the basic tools remain the same. How you use them is what makes all the difference.

For obvious reasons, those who are already professional producers will have more funds at their disposal to spend on high-quality music production software, although in some instances that doesn’t make a vast difference. Many of the software packages suited for beginners are also more than well-equipped to be used at a professional level. Skill levels and knowledge are where the telling differences lie.

While a beginner may select a software package because of the ease of use and added value benefits received with any particular choice, a professional who has mastered the use of the software will delve into the advanced features. It is still the same software, just used in different ways. Just as the musician requires experience to master his skill, so does the producer.

Continuous use, practice, and a sheer understanding of the production software over time, regardless of the make or model, is the only difference between beginner status and that of a professional producer. This is definitely an instance where the tools don’t make the man or woman but rather the way the tools are used.

Music is not something that simply happens overnight. The artist has to take a good period of time building a dream up within his head, creating the melodies, and imagining it in reality. The production of such a masterpiece is not going to be treated flippantly by any professional producer in the business. While the producer does understand what is required in the industry, he still has to consider the end result expected by the artist.